Jan Birck, born 1963, completed his high school graduation at the technical secondary School for Design in Munich in 1983.

His plan at the time was to study architecture, but he soon was recruited by an advertising agency, initially as an illustrator, where he worked his way up to the position of art directing.

In 1990 he began working as a freelance illustrator for various large advertising agencies: Serviceplan, Hiel BBDO and others. At the same time he switched to film and started working as a background artist in his first full feature animation production (Pico&Columbus, MS Film), deepening his painting skills in the training of Walt Peregoy, who had become particularly well known for his art direction on 101 Dalmations/Disney.

During the following 20 years, Birck worked on over 250 projects for many major publishers. He created covers, characters and imagery for many well-known books and series, such as The Settlers, The Three ???, The Knickerbocker Gang, young adult books by Ken Follet or Kirsten Boie.

But Birck did not only work as a service provider, he also planned and started his own projects, either together with authors as project partners (Die Wilden Kerle, Skunk Flätscher), or as illustrator and author in one person (“Geheimagent Morris”, “Die BarBolzBande”, “STORM oder die Erfindung des Fußballs” and others).

Even now, new projects are being created, film adaptations are in preparation, although Birck now concentrates on free painting.

for the Edutainment-Software-Project „Emil & Pauline“. 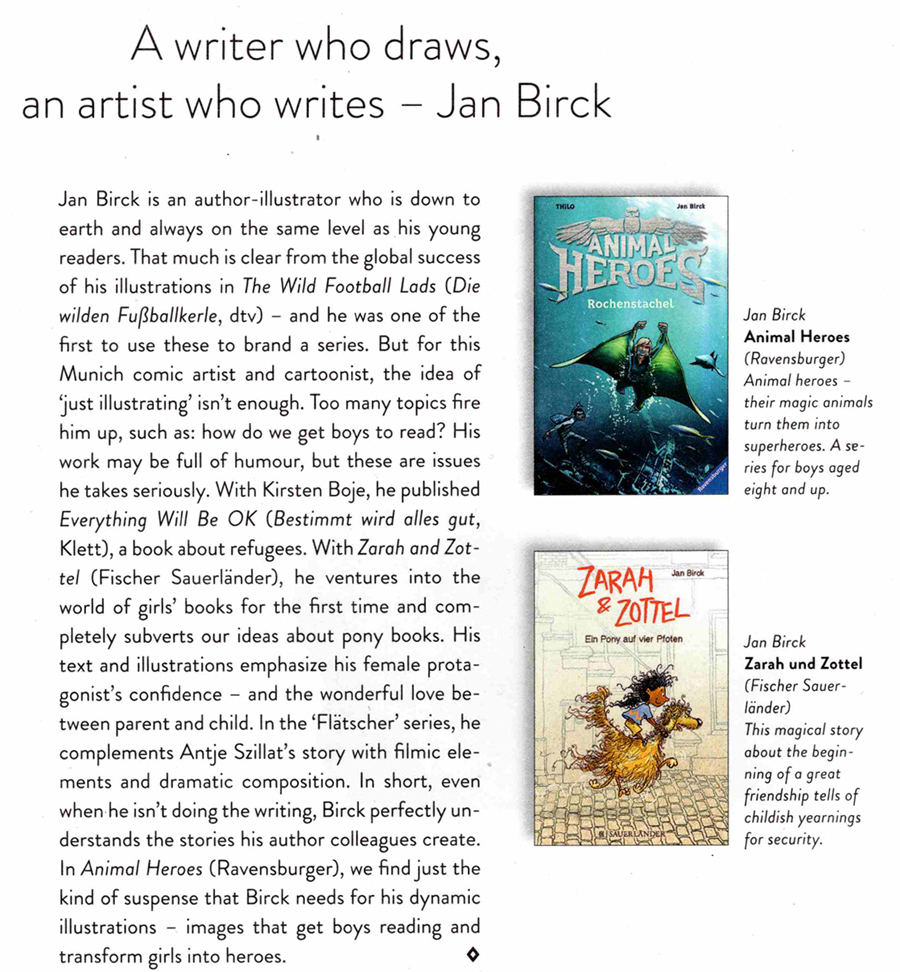